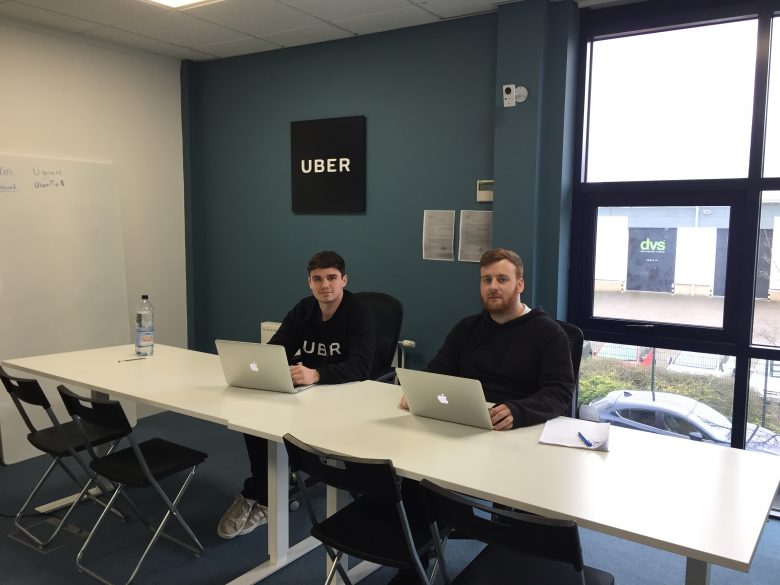 Why did the world’s largest ride sharing company choose Workbench for its Cardiff headquarters?

Back in October 2015 we received a rather exciting phone call. Uber were interested in viewing a space at Workbench, our serviced office building, just off Ocean Way in Cardiff. Their team turned up, saw the space, loved it, gave it some thought, looked at other spaces, gave them some thought and within a couple of days the agreement was signed.

There was just one snag. Uber’s launch was in 4 days’ time and they wanted 2 rooms created out of a large, open plan space. Blimey we thought this is going to be tight but never one to turn down a challenge, we said ‘yes’ we can do that. Then, after thinking what we had done, we got to work.

We managed to find a great builder who had experience with room partitions. He worked tirelessly and it was looking good for launch day. Next was the decorating, which was just about completed in time. Actually, the paint was still drying on the morning of the launch but no one noticed. So we did it, we managed to create the space they wanted, just before the world and his dog turned up.

To say it was a manic day is rather an understatement. We had all kinds of press and TV reporters arriving to do interviews. Uber’s car leasing partners were there and dozens of drivers turned up throughout the day. The launch was a huge success and the Uber team were blown away with the amount of people who came and with the buzz on the day.

Dan Colley their Operations Coordinator at the time said ‘The location and building are perfect for us. It’s close to Cardiff city centre and has plenty of parking, which is a must for when we have partner onboarding sessions. Our Head Office were not keen on a long 5 year lease so the monthly rolling license was ideal. Jason and the Workbench team really pulled out the stops when we gave them a very tight deadline. We’re delighted with the way the business is going and are really enjoy being here.’

Just over 2 years later and Uber are still enjoying life at Workbench and are going from strength to strength. They have expanded rapidly and currently pick up between 10,000 to 20,000 people a week. The number of Uber partners has increased to around 500 and Uber Eats, their food delivery service, has grown significantly. It now delivers food to over 3,500 to 4,000 customers every week.

So there you have it. Sometimes it pays off to just say ‘yes’ and worry about it later.

« Looking to do more business in Cardiff? It’s the gateway to success in Wales
CUBEL helps strengthen ties between China and the UK »

How COVID is reshaping the way we work

How to future-proof your business